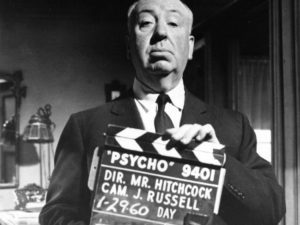 Though most know and love the horror movie classic Psycho, there are many aspects of the the film that many don’t know. See a list of our favorite trivia surrounding the film below:

Director Alfred Hitchcock was so pleased with the score written by Bernard Herrmann that he doubled the composer’s salary to $34,501. Hitchcock later said, “33% of the effect of Psycho was due to the music.”

First American film ever to show a toilet flushing on screen.

Alfred Hitchcock deferred his standard $250,000 salary in lieu of 60% of the film’s net profits. His personal earnings from the film exceeded $15 million. Adjusted for inflation, that amount would now top $150 million in 2006 dollars.

For a shot right at the water stream, Alfred Hitchcock had a six-foot-diameter shower head made up so that the water sprayed past the camera lens.

The score, composed by Bernard Herrmann, is played entirely by stringed instruments.

Alfred Hitchcock used Hershey’s syrup instead of blood because it showed up better on camera. 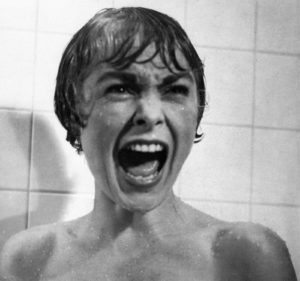 For the famous shower scene, Hitchcock had originally intended it to not have any music at all. Herrmann, however, secretly scored and recorded the music for it anyways. Upon viewing, Hitchcock loved the music and decided to keep it in the film. Herrmann did this same tactic again in the film Torn Curtain, however Hitchcock did not like the result and that ultimately ended the famous collaboration.

We hope you have enjoyed these pieces of trivia. Catch music from this famous thriller, and others, on March 11th and 12th at Mobile Symphony’s American Masters of Film!