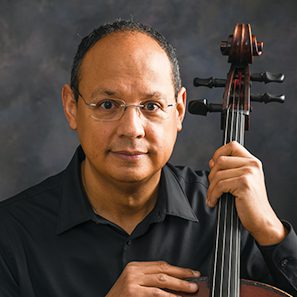 Cellist Moisés Molina, a native of Honduras, is an active soloist, chamber musician and clinician. He has participated in the International Chamber Music Festival in Lima and Cusco Music Festival in Cusco, Perú. Dr. Molina was a guest artist/teacher at the Conservatorio Nacional de Música in Santo Domingo, Dominican Republic, the Tennessee Cello Workshop in Nashville, and the 2011 and 2017 Biennial Violoncello Festivals in Lima, Perú. He also gave a series of master classes at the Universidad Nacional Autónoma de Honduras. He has recently given online master classes and lessons to students from around the world.

Moisés Molina has performed in the United States, Central and South America, and Europe. He has recorded for Centaur Records, Parma Records, Profil, and New World labels and has served on the faculty of the Schlern Music Festival in Italy (now Orfeo Music Festival). He was also a guest artist at the St. Augustine Music Festival in Florida for several seasons.

Dr. Molina has given lectures and clinics for the College Music Society and the Texas and Illinois Music Educators Associations. He directed the Quincy (IL) Summer Music Institute Orchestra and the IMEA District IV Junior High School Orchestra for several years. He taught at the Summer Fine Arts Camp at the University of Alaska, Fairbanks, and he conducted the Abilene Philharmonic Youth Orchestra. Moisés was successful in several concerto, solo and chamber music competitions, and he was awarded an orchestral fellowship to the Aspen Music Festival. 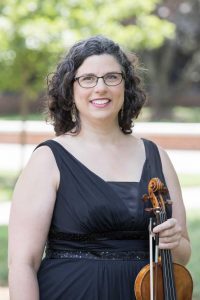 Violinist Jenny Grégoire is Assistant Professor of Violin and String Area Coordinator at the University of Alabama. Born in Québec, Canada, Ms. Grégoire began to play violin when she was five. At age six, she was admitted in the pre-college division of the Québec Music Conservatoire where she studied with Jean Angers and Liliane Garnier-Le Sage and earned both undergraduate and graduate degrees in violin performance, with a minor in chamber music. Upon leaving Québec, Ms. Grégoire attended Northwestern University, where she received a Master’s degree in Violin Performance and Pedagogy with Dr. Myron Kartman. She was also a member of the Civic Orchestra of Chicago for two seasons and worked with conductors Cliff Colnot, Daniel Barenboim, Neeme Jarvi, Mstislav Rostropovich and Pierre Boulez, among others. Jenny Grégoire left Chicago to play one season with the New World Symphony, under the direction of Michael Tilson Thomas, in Miami, FL. Ms. Grégoire is currently concertmaster of the Mobile Symphony Orchestra, a position that she has held since 2001. She is extremely sought-after in the southeast, as she is also concertmaster of the Meridian, North Mississippi and Tuscaloosa Symphony Orchestras.

In addition to her orchestral career, Ms. Grégoire remains active as a soloist and recitalist. She has performed several times as a soloist with the Mobile Symphony and the Meridian Symphony Orchestra. In May 2019, she performed the Tchaikovsky Violin Concerto with the Tuscaloosa Symphony Orchestra and Maestro Adam Flatt. She has been heard in solo and chamber music recitals throughout the Eastern United States and Canada. An avid chamber musician, she has notably collaborated with violinist Nadja Salerno Sonnenberg and pianist William Wolfram. Additionally, Ms. Grégoire is on faculty at the Eastern Music Festival, where she is the Assistant Principal Second Violin in the faculty orchestra, under the direction of Maestro Gerard Schwarz. This past July, Ms. Grégoire performed Mozart Violin Concerto No. 4 with the Eastern Music Festival Chamber Orchestra.

In June 2019, Jenny Grégoire traveled to Brazil with pianist Dr. Robert Holm, to perform recitals and teach masterclasses at the Conservatório de Tatuí and Unicamp University in Campinas. This upcoming season, she will be featured as a soloist with the Meridian Symphony Orchestra and the Mobile Symphony Orchestra.