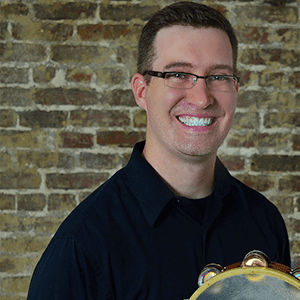 Bryan comes from a musical family that includes two grandmothers who taught piano lessons, a mother who taught elementary music, and numerous others who have contributed to the music programs of their local churches and communities. His proclivity towards banging on pots and pans at a young age, then, was not only tolerated, but encouraged. His childhood primarily took place in Kobe, Japan, where he began formal study of percussion in a sixth grade band program. Since 2008, it has been his pleasure to perform as a member of the Mobile Symphony Orchestra.

Bryan holds a master’s degree in percussion performance from Rice University and a bachelor’s degree in percussion performance from Samford University, where he studied with Richard Brown and Dr. Grant Dalton, respectively. The extraordinary orchestral program at Rice’s Shepherd School of Music helped foster an enjoyment of orchestral playing. Other influential musicians in his life include, but are certainly not limited to, Dr. Craig Hauschildt, Dr. Don Sanders, Jeffrey Flaniken, and Dr. Milburn Price.

When not working, Bryan enjoys hiking with wife, Kate; participating in ministries at their local church; and trying his hand at some basic woodworking.