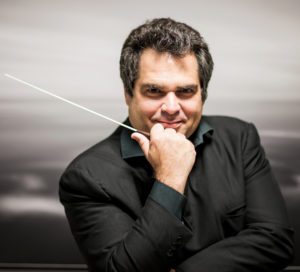 Dr. del Prado has been a guest conductor for numerous orchestras around the world and has been praised by critics for his masterful interpretation of both standard Romantic literature and works from the 20th Century. His versatility spans the genres of symphony, opera and ballet. Opera has given del Prado the opportunity to collaborate with outstanding artists such as Maestro Luigi Alba, José Carreras and Victoria de Los Angeles. Ballet has taken him to conduct the Deutsch Staatsoper Unter den Linden Ballet and the Cuban National Ballet.

Education has been a central focus in Iván del Prado’s career, and he was founder of the Cuba National Youth Orchestras. Most recently he was an adjunct professor at the University of Southern Mississippi and artistic director of the Premier Orchestral Institute. He has offered courses in orchestral conducting and musical interpretation in Latin America, Europe and the U.S.