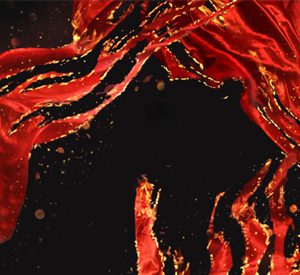 Respighi celebrated the past and present beauties of his beloved adopted city in three tone poems or suites: Fountains of Rome (1916), Pines of Rome (1924), and Roman Festivals (1928).

He attached a preface to the score of Roman Festivals, setting out the scenes he intended it to evoke.

Circenses: A threatening sky hangs over the Circus Maximus, but it is the people’s holiday: Ave Nero! The iron doors are unlocked, the strains of a religious song and the howling of wild beasts float on the air. The crowd rises in agitation: unperturbed, the song of the martyrs develops, conquers, then is lost in the tumult.

Il Giubileo (The Jubilee): The pilgrims trail along the highway, praying. Finally appears the summit of Monte Mario, to ardent eyes and gasping souls, the holy city: Rome! Rome! A hymn of praise bursts forth, the churches ring out their reply.

La Befana (The Epiphany): The night before Epiphany in the Piazza Navona: a characteristic rhythm of trumpets dominates the frantic clamor: above the swelling noise float, from time to time, rustic motives, saltarello cadenzas, the strains of a barrel organ and the appeal of a barker, the harsh song of the drunkard, and the lively stornello in which is expressed the popular feeling, “Let us pass, we are Romans!”

Join us on a musical journey to the Eternal City as Respighi’s cinematic musical style brings ancient Rome to life. Tickets on sale September 4, 2018.

All Events
« An Evening With Renée Fleming
Beethoven & Blue Jeans »