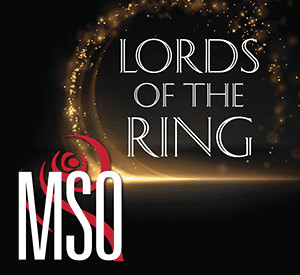 Lords of the Ring

Lords of the Ring

We contrast Howard Shore’s brilliant score to Lord of the Rings with orchestral highlights from Richard Wagner’s Ring Cycle. Works include The Ride of the Walkyrie and Siegfried’s Rhine Journey, as well as music from Lord of the Rings: Return of the King, the Two Towers and Fellowship of the Ring.

André Raphel appeared with the Mobile Symphony as guest conductor in a 2018 concert featuring cellist Zuill Bailey in Elgar’s Enigma Variations. Acclaimed for his creative programming and versatility, he is renowned for his compelling musical performances. A dynamic podium presence, he has also developed a reputation as a skilled communicator. Raphel has led critically acclaimed festivals, world premieres and commissioned works by Richard Danielpour, Jennifer Higdon, Kenneth Fuchs, Ellen Taaffe Zwilich, Uri Caine and Hannibal Lokumbe.

Raphel enjoys an active career as guest conductor. During the 2021-22 season, André Raphel appeared with the Youngstown Symphony and Hudson Valley Philharmonic among others. In recent seasons, he has appeared with the Detroit Symphony, Pittsburgh Symphony and San Antonio Symphony. He has appeared with most of the major American orchestras including Boston Symphony, Chicago Symphony, Cleveland Orchestra, Philadelphia Orchestra and New York Philharmonic. Raphel has led Germany’s Bamberg Symphony in two recordings for Bavarian Broadcasting. He made his Los Angeles debut conducting at the gala opening of The Broad museum. A recording of Uri Caine’s Passion of Octavius Catto with Raphel conducting has garnered acclaim.