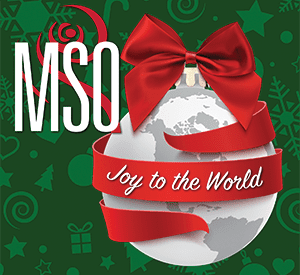 Joy to the World!

“Singing is such an important part of our holiday tradition, and this year we welcome the marvelous baritone Ricardo Jose Rivera to Mobile. Ricardo joins us for a celebration of the most beloved traditional Christmas music, including some Latin holiday favorites, and even an operatic aria or two!” – Scott Speck, Music Director

Our annual Christmas concert is a Gulf Coast tradition. Plan to bring the family!

All concerts are subject to change. 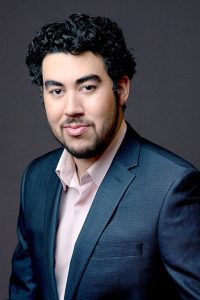 In the spring of 2015, baritone Ricardo Rivera – who was a semi-finalist in the Met Opera National Council Auditions – made major debuts at Lyric Opera of Chicago, Houston Grand Opera and San Diego Opera in the world premiere of El pasado nunca se termina, directed by Broadway and opera director Leonard Foglia, in the leading role of Acalán which he performed in 2019 with the renowned Ft. Worth Opera.

Ricardo most recently performed Schaunard in La bohème with Sarasota Opera, the baritone solos in Carmina Burana with National Chorale in David Geffen Hall in Lincoln Center, Escamillo in a concert version of Carmen with New York City Opera and Lt. Gordon in Silent Night with Arizona Opera.

Highlight performances from recent seasons include Hérode in Hérodiade with Washington Concert Opera with Michael Fabiano and Joyce El-Khoury, Enrico in Lucia di Lammermoor and as Lt. Audebert in Kevin Puts’ Pulitzer Prize-winning opera Silent Night with Opera San José, Escamillo in Carmen with Musica Viva Hong Kong and Heartbeat Opera, Schaunard in La bohème with Musica Viva Hong Kong, El payador in María de Buenos Aires with Des Moines Metro Opera and Germont in La traviata with the Northwest Florida Symphony Orchestra.  Ricardo is a graduate of Mannes School of Music at the New School where he earned his bachelor’s, master’s and professional studies diploma.

All Events
« Music Around the World
The Fireworks of Jupiter »