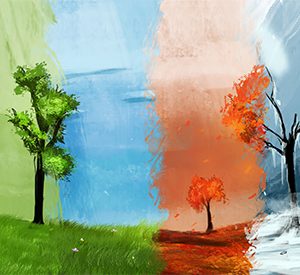 Vivaldi was a master of his art in that he was capable of composing music which spoke more powerfully than words. The Four Seasons puts Vivaldi’s mastery on full display. For each season, there is a corresponding concerto which provides a vivid musical portrait. Argentina’s tango master, Astor Piazzolla took a different spin on this concept with his piece Four Seasons of Buenos Aires which exudes a distinct Latin flair.

Mobile favorite Chee-Yun will be returning to perform these incredible works. Her first public performance was at the age of 8 and by the age of 13 she had already performed with the New York Philharmonic. Since then, Chee-Yun has performed with many of the world’s foremost orchestras. She plays the Stradivarius “Ex-Strauss” (Cremona, 1708), which is on loan through the generous efforts of the Samsung Foundation of Culture of Korea and the Stradivari Society of Chicago, Illinois.