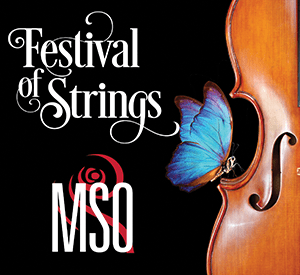 We open our season with an all-strings program headlined by American composer Samuel Barber’s beloved Adagio for Strings.

“As we play together again for the first time, our October concert expresses a mixture of emotions,” Music Director Scott Speck says. “Of course we are overjoyed to be back together; and the concert begins and ends with pieces that are the very definition of boundless joy: Mozart’s Divertimento in D and the Holberg Suite by Edvard Grieg.

“To these we add a musical depiction of the collective sorrow we have all experienced this year: Barber’s Adagio, and George Walker’s Lyric for Strings,” Scott explains. “Taken together, these pieces offer the full emotional range so characteristic of a performance of the Mobile Symphony.”

Adagio for Strings is the best know work by American composer Samuel Barber and one of the most recognizable pieces of classical music in the world. It was arranged for string orchestra from the second movement of Barber’s String Quartet, Op. 11. Often associated with sorrow and frequently described as the one work that rarely leaves a dry eye in the house, it is nonetheless a true classical music hit. It has been used in many movies and television shows, most notably Platoon, The Elephant Man, Le Norte and Lorenzo’s Oil.

Just as Copeland’s Fanfare for the Common Man is America’s anthem for triumphant occasions, Adagio for Strings is our soundtrack for mourning. It was broadcast over radio at the announcement of Franklin D. Roosevelt’s death and broadcast on television at the announcement of John F. Kennedy’s death. The BBC Symphony Orchestra added it to the usually joyous “Last Night of the Proms” broadcast to commemorate September 11. Most recently, it was played at the digital European Concert by the Berlin Philharmonic on May 1, 2020, for the victims of the Covid-19 pandemic.